Alongside the virtual tour, hosted by Brendan Cowell, ReachOut.com asked me to produce animations to integrate with the live action personal stories of the 4 people below. Dealing with issues of stress, sexuality, depression and suicide, and drug and alcohol abuse, the stories needed to be engaging, emotional and not disrespectful to the struggles young people face.

The director, Brendan Cain, asked me to draw the room around world of the our young people in there retelling of hard life situations.

Using Illustrator, I took stills from each of the shots, drew the room around the shots and then brought these into After Effects. As these scenes were shot on a white cyclorama I was able to very simply use a luma track matte of the live action video to mask the sections of the room blocked by actions and then tidy up the areas that did not mask well. This took particularly long with Amanda’s story, partly due to the fact that she was the first attempt, but also because her scenes are more intricate and complex. Although it is this story and Nick’s struggle with sexuality that I am most happy with the result.

For a basic tutorial on how to use the luma matte check out Track Mattes 101.

I would love to know what you think. Feel free to leave me a comment, or many comments for that matter.

Tech Specs:
Graphics produced in Illustrator and animated in After Effects. 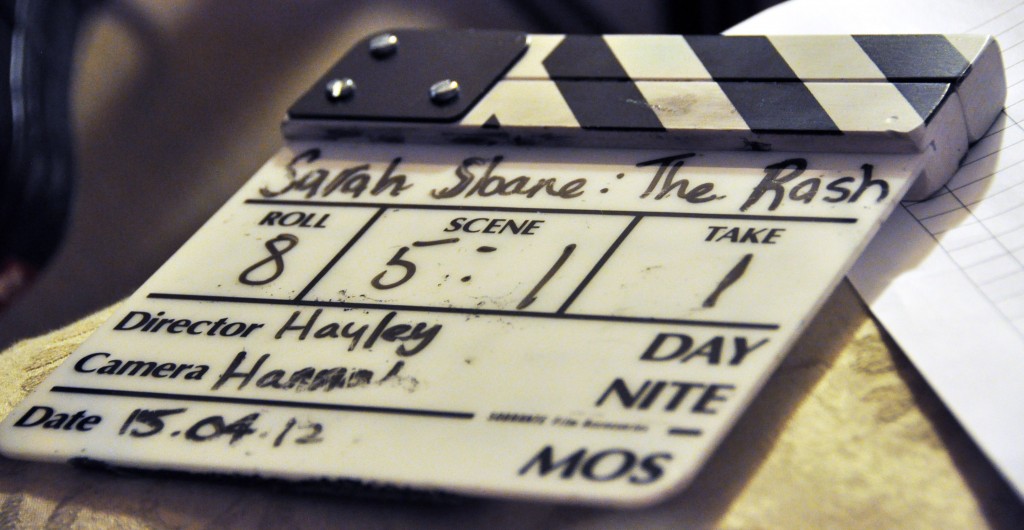