My colleague at work is a movie fiend and is constantly suggested to make a film review show. Well she did!
You’ve got… Filmdation is the pilot episode.

I assisted with the production in a shooting capacity, being a panel of 3 people discussing the films and their predictions for the 2015 Academy Awards, we needed to have individual and group coverage.

Editing, graphics and I believe music produced by her husband, while mine assisted on set as a production assistant. 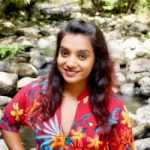 "we were really impressed with her artistic skills and quality of work"
https://curl.co/testimonials/we-were-really-impressed-with-her-artistic-skills-and-quality-of-work-2/ 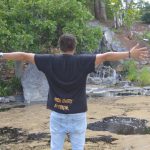 She brings to any project both her creative editing & graphic design but also an organisational and project management rigour that we value very highly. She takes the time to understand the content and delivers within our, sometimes tight, schedules.
https://curl.co/testimonials/she-brings-to-any-project-both-her-creative-editing-graphic-design/
0
0
Animation and motion graphics services